1580 KGAF-Hometown Radio had enjoyed significant success with its community service programming, sports, weather, and local news, but was seeking to develop a similar kind of interest in the music it played. The great thing about the new music model was that it worked perfectly as at-work and family-friendly music, as well as a background for local businesses.

The format was uniquely designed to create a familiar pop inspired music from the Sixties, Seventies, and early Eighties with an occasional touch of true original oldie. This was fantastic since it meant that people who grew up listening to KVIL and KLIF were familiar with every tune played on1580 KGAF-Hometown Radio. Memories 1580 became a familiar, upbeat, local, and fun presentation that had you singing along to the memories brought back by each song. Local audiences who had never listened to 1580 outside sports and news programming were encouraged to try out the new music format. One could listen to Memories 1580 on 1580 KGAF-Hometown Radio’s website, local cable TV channel 2, and AM 1580. The Listen Live feature on 1580 KGAF-Hometown Radio’s website continued to provide 1580 audio globally over the internet. The initial week between the holidays was music intensive to introduce the new format. Normal news programming and air personalities returned on Monday 3rd January 2011.

Memories 1580 would also be responsible for broadcasting the Cooke County Classic Basketball tournament games on the tournament’s final day 30th December 2010, starting at 9 am and continuing through the rest of the day.

1580 KGAF-Hometown Radio hosts Gainesville ISD at the beginning of every month to offer a community report about events occurring within the district. If you miss the live show, you can listen to the recorded videos. The live radio broadcast is available on 1580AM and 92.3 FM on the first Friday of every month, other than July and June.

1580 KGAF-Hometown Radio was acquired by Eberhart Broadcasting in February 2008 and is headed by longtime DFW consultant and radio personality Steve Eberhart who used to jock at KGAF in the 70s. 1580 KGAF-Hometown Radio was owned by First IV media between 1974 and 2008 and by Bud and Joe Leonard Jr.dba Gainesville Broadcasting and White Fuel Corporation between 1947 and 1967. Some of the notable names in 1580 KGAF-Hometown Radio’s history include Steve Eberhart who was a disk jockey at the radio station between 1973 and 1976, and Dee Blanton who hosts the radio station’s Dee’s Breakfast Club. Other notable people include Bob Couch, Steve Simmons, Pat Bolin, Mike Smith, David Klement, Ross Whitmire, Mike Parenti also known as Mike Monday, Mike Stoddard, Randy Williams, Ray Whitworth also known as Ray Kennedy, Chad Henderson, Stephen Monahan, and Curt Spain. 1580 KGAF-Hometown Radio’s studios are situated at Radio Hill, Gainesville. The radio station is the former sister of KGAF-94.5 FM.

When 1580 KGAF-Hometown Radio was built in the late 40s, it was designed with acoustic soundproof windows and walls. The studio featured a master control room, which was later adjusted to accommodate the FM transmitter. The studio also featured a huge live performance studio where live bands would perform during the early days, a small production studio, and a horseshow Gates console area for disc jockey roles. For many years after the performance studio was built, it acted as an office, but still features the old mic jacks and soundproofing that it had originally. This makes it one of the few retro studios being used that has not essentially changed since the Forties. Elvis Presley is said to have made a visit to KGAF studios before a Gainesville concert in the 1950s. 1580 KGAF-Hometown Radio was a daytime-only radio station between 1947 and 1980, after which it became a full-time radio station and continues to be so presently.

In December 2010, Eberhart Broadcasting made an announcement regarding KGAF AM 1580 Radio’s change in music identification and programming. The 1580 AM became Memories 1580 and included a new and interesting format of modern pop music from the Sixties, Seventies, and early Eighties. 1580 KGAF-Hometown Radio retained most of its former features such as sports, weather, and morning news, community service programming between 6 am and 9 am, during lunch hour at 12 am, at 5 pm in the afternoon. Local sports coverage for the local area continued just like in the past. The Texas State Network News and the two-times an hour weather update also continued. Air personalities Janice Williams, Dee Blanton, and Steve Eberhart also remained in their afternoon, morning, and midday slots. The only thing that was essentially not the same was the name and music. A survey of clients and area listeners revealed that 1580 KGAF-Hometown Radio does a better job with music that appeals to a broader range of audiences. Also, the Memories station that had been previously launched in North Texas a couple of years before had done very well in the region and this affirmed the idea that this kind of music programming had the potential to attract a bigger audience.… 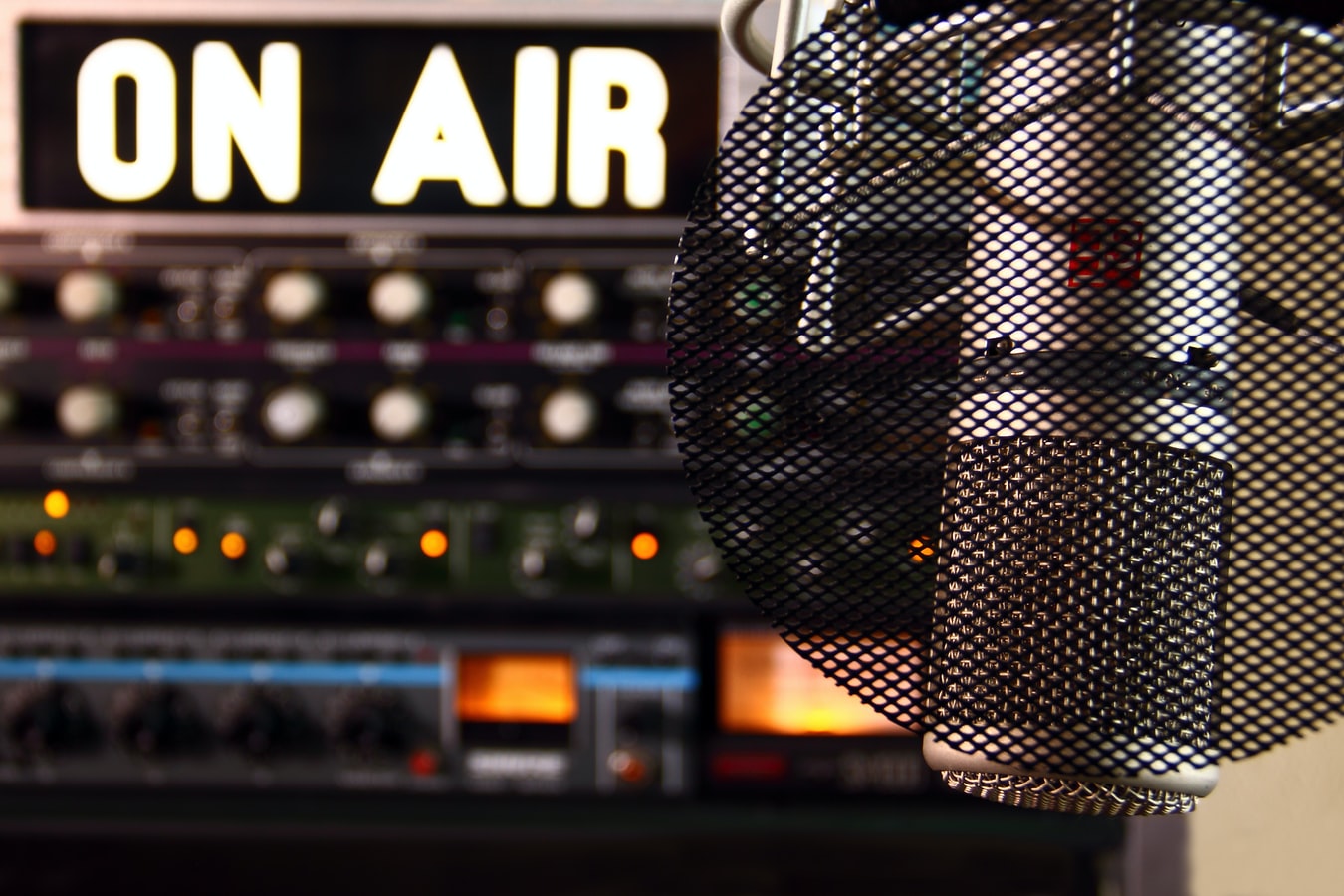 Whether you Knock AM radio for its lack of music or relentless static, this is where it all started. The beginning of the Twentieth century introduced the Dallas-Fort Worth area to its first radio stations: KFJZ which dates back to as early as 1917, WRR established in 1920, WFAA, WPA, and WBAP all established in 1922. What followed was history. At its early stages, AM was more of a freewheeling gamut of radio waves with some assigned frequencies. Music was primarily played on 618.6 kc and the news and weather were primarily broadcasted on 833 kc. At the time, there were literally no regulations allowing an equitable distribution of the dial for broadcasters. In 1922, the 5 DFW stations came to an agreement of timesharing on each frequency.

On 11th November 1928, the Federal Radio Commission brought some order to the dial and allocated committed frequencies to the best radio stations, sidelining the majority of small-time radio stations that did not take broadcasting seriously. The day was dubbed the National Frequency Allocation Day. Powerhouse WBAP was assigned a clear channel on the dial. In the United States, very few radio stations are allowed to blast their signal to forty-two states. In honor of the art of distance listening, also known as DX-ing, Wednesdays past 3 pm in the 1920s were designated silent nights. During Wednesdays, the low-powered radio stations would shut off their transmitters to allow high-powered radio stations to reach everybody’s dial.

At its infancy, AM radio in Dallas-Fort Worth, just like in other parts of the United States predominantly comprised of news programming and entertainment. However, its importance and value were secured during the Second World War as the information center for a concerned nation. In the 1940s, after TV was made accessible to the masses, the demise of radio seemed imminent. However, Gordon McLendon did not let this happen. In 1947 McLendon signed on KLIF with a music format and before long other radio stations followed suit bringing life back to local radio. The creation of the transistor and development of the portable, lightweight radios, as well as the relief of credit issues issues that plagued KLIF for years, made the reinvented band get new listeners in people who are on the move. Todd Storz and McLendon’s simultaneous 1950s discovery of the Top Forty presented a unique popularity with the young generation, KLIF, KFJZ, KLIF created formats to make the best out of the current music, particularly rock and roll. Soon, other local radio stations modified their formats to focus on Spanish, rhythm and blues, country, and news. While KLIF had amazing ratings in the Fifties and Sixties, others like WBAP and KRLD discovered successful programming niches best suited for older audiences.

Scroll back to top